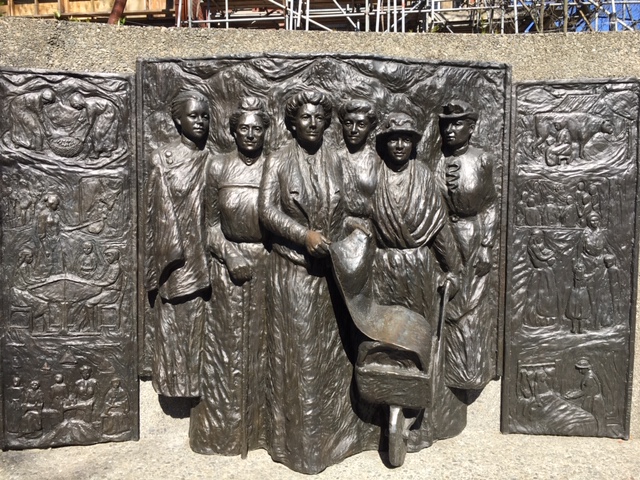 Sheppard is considered to be an important figure in New Zealand’s history.

A memorial to her exists in Christchurch, and her image appears on New Zealand’s Ten dollar note.

The Fendalton house in 83 Clyde Road where the Sheppards lived from 1888 to 1902, known as the Kate Sheppard House, is registered by the New Zealand Historic Places Trust as a Category I heritage building, as many of the events relevant to women’s suffrage happened there.

Women’s suffrage was granted after about two decades of campaigning by women such as Kate Sheppard and Mary Ann Müller and organisations such as the New Zealand branch of the Women’s Christian Temperance Union led by Anne Ward. They felt that female voting would increase the morality of politics; their opponents argued that politics was outside women’s ‘natural sphere’ of the home and family. Suffrage advocates countered that allowing women to vote would encourage policies which protected and nurtured families.

From 1887, various attempts were made to pass bills enabling female suffrage; each bill came close to passing but none succeeded until a government strategy to foil the 1893 bill backfired. By 1893 there was considerable popular support for women’s suffrage, and the Electoral Bill passed through the Lower House with a large majority.

The Legislative Council (upper house) was divided on the issue, but when Premier Richard Seddon ordered a Liberal Party councillor to change his vote, two other councillors were so annoyed by Seddon’s interference that they changed sides and voted for the bill, allowing it to pass by 20 votes to 18. Seddon had hoped to stop the bill in the upper house.

Both the Liberal government and the opposition subsequently claimed credit for the enfranchisement of women, and sought women’s newly acquired votes on these grounds.

The issue of women’s suffrage was forced into prominence in New Zealand by the Women’s Christian Temperance Union, led by Kate Sheppard. Sheppard (born in 1848) was one of the first female cyclists and a firm believer in equality of status in marriage. As head of the Temperance Union she proved to be a persistent and determined campaigner for women’s political emancipation. Sheppard’s efforts were aided by the politician Sir John Hall, who advocated feminist views in parliament, and provided support and astute advice to the Temperance Union.

The Temperance movement used articles published in the press, pamphlets, public meetings, and petitions to publicise their cause.
The following excerpt appeared in “Ten Reasons Why the Women of N.Z Should Vote”, a pamphlet distributed in Christchurch in 1888:

“Because it has not yet been proved that the intelligence of women is only equal to that of children, nor that their intelligence is on a par with that of lunatics or criminals.”

It is ironic that the women’s suffrage legislature was eventually passed by Richard Seddon’s Liberal government since Seddon had long been an adversary of the Women’s Temperance Union. The vote in council went in favour of the bill (20 votes to 18) only after two members were incensed by Seddon’s attempt to manipulate the decision of some voters. As the New Zealand Herald commented at the time, “…it is hardly too much to say that the enfranchisement of women has been accomplished by her enemies.”